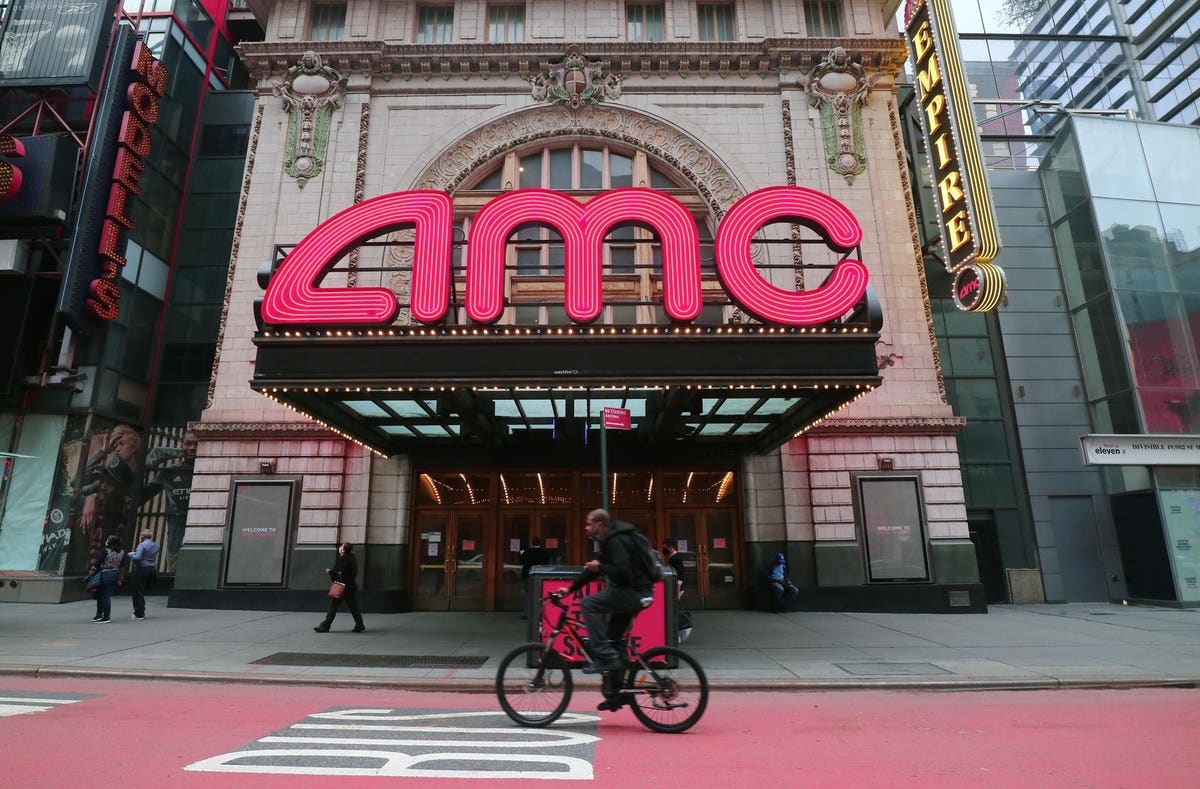 AMC continues to make headlines as the company made another announcement that caused its share price to fall. Shares of AMC have dropped by over 85% in 2022, and the days of the meme stock rallies seem to be over.

We’re going to look at the recent announcements from AMC and what they mean for investors and meme stock enthusiasts.

What caused AMC stock to dive?

Shares fell, and trading was briefly halted due to the volatility. By the end of the day, shares of AMC stock were down, experiencing double-digit drops at certain points throughout the day. Here’s a look at the news from the press release.

AMC announced a plan to raise $110 million in new equity capital. The company intends to sell $110 million of its APE unit to Antara Capital, one of the significant debt holders of the company. APE units will sell at 66 cents apiece.

Antara will also exchange $100 million in debt for roughly 91 million APE units, allowing AMC to drop the annual interest expense by around $10 million.

APEs, short for AMC Preferred Equity, started trading last summer when the company looked for creative ways to raise capital to pay down its debt load that exceeded $5 billion.

The actual APE acronym is aimed at the Reddit investors who refer to themselves as “apes” in what’s a slang term for the loyal folks on these forums who share stock tips.

While the APE phrase is catchy, the reality is that AMC created the new preferred equity units because vocal investors criticized the company’s plan to raise funds by issuing more shares of its common stock.

AMC announced a proposed reverse stock split of shares at a 1:10 ratio. As a result of this proposal, they will have to hold a special meeting for APE and AMC shareholders to vote on this. There will also be a vote regarding converting APE units into AMC shares.

The COVID-19 lockdowns financially crippled the company and put them in a dire position. AMC will hold a special meeting to vote on the 1:10 reverse stock split and the conversion of APE units into common stock.

Antara will hold onto its APE units for up to 90 days, but they will vote in favor of the proposals at this special meeting. The stock split would mean that every shareholder would receive one share for every ten they own.

Several analysts aren’t believers of this as they feel the company has more cash in hand than it did in 2019, but there’s still a similar level of debt and no dividends.

While the company has focused on investing in its theaters by adding movie screen upgrades and special effects, the news still came the day after a deal fell through for AMC to buy theaters from Cineworld.

When looking at a chart of AMC’s stock price, it’s evident that this company has been through some extreme volatility. AMC’s stock has a 52-week high of $34.33 and closed at $4.07 on December 30, down over 85% for the year.

The recent moves and attempts to win over investors have failed.

The CEO announced a pay freeze

Adam Aron, the CEO of AMC, announced that he was asking the board for a pay freeze. With the steep decline in company shares in 2022, Aron is asking for his compensation to be frozen in 2023.

Aron said, “I do not want ‘more’ when our shareholders are hurting.” Aron also insisted that the other top executives with AMC forgo their hikes. It’s worth noting that Aron earned $18.9 million in 2021.

Despite being the largest movie theater chain in the world, the company has been struggling to manage its debt load. Its already high debt went up during the early days of the pandemic when movie theaters were forced to shut down.

The company also had issues with stock dilution and a series of film releases that didn’t include any major blockbusters due to the pandemic.

What’s the story with AMC and meme stock rallies?

During the pandemic months, a meme stock mania took over the markets. AMC was included in this phenomenon.

There were fears that AMC would go bankrupt during the pandemic months when we weren’t sure if folks would return to watching movies in person again.

Retail investors were bored at home and looking for ways to band together. As a result, a few unique stocks (AMC, Bed Bath and Beyond and GameStop) became popular among those who assembled on the Reddit forum r/WallStreetBets.

These folks were able to bring up the share prices of AMC and GameStop. The strategy involved setting up a “short squeeze” where they would short the stocks that big funds were betting against.

Somehow this plan came together, and we saw multiple meme stock rallies throughout the year.

AMC didn’t shy away from the unique investor buzz and announced a new share class last summer called AMC Preferred Equity, otherwise known as APE. This was a nod to the retail investors behind the meme stock rallies.

While 2021 had some unique meme stock rallies, the stock market has been highly volatile in 2022. The cult-like followings that caused increased stock prices have disappeared.

What’s next for AMC?

AMC stock has fallen dramatically in 2022. With a decline of 85%, there are concerns over the company’s future. Time will tell if the new measures get approved during the vote and if the moves are enough to pay down the debt load.

Aron mentioned that AMC had already cleared about $180 million of debt in 2022. However, the company reported troubling figures for the third quarter in its financial results last month.

The company burned through $179 million in cash for the quarter while reporting a net loss of $226.9 million. More surprisingly, the theater chain reported a net loss of $685.9 million for the first nine months of 2022 as the company struggled to rebound from the pandemic.

If you are trying to decide whether you should invest in AMC, Q.ai takes the guesswork out of investing. Our artificial intelligence scours the markets for the best investments for all manner of risk tolerances and economic situations. Then, it bundles them up in handy Investment Kits that make investing simple and – dare we say it – fun.

Best of all, you can activate Portfolio Protection at any time to protect your gains and reduce your losses, no matter what industry you invest in.

It looks like AMC’s stock will never return to the levels we saw during the peak of the meme stock rally. However, the company still has a viable business as people enjoy going to theaters to watch films on the big screen.

While it appears that management is working on improving the company’s financial position, it doesn’t seem like investors believe in the company’s future.

There should be some blockbusters coming out in 2023, and there are hopes that folks will return to attending movies in person to pre-pandemic levels. However, the issue is that the company has a challenging debt load.

2022 has taught us that we shouldn’t invest based on hype and that fundamentals still matter. Sadly, the financials for AMC don’t look good at the moment.