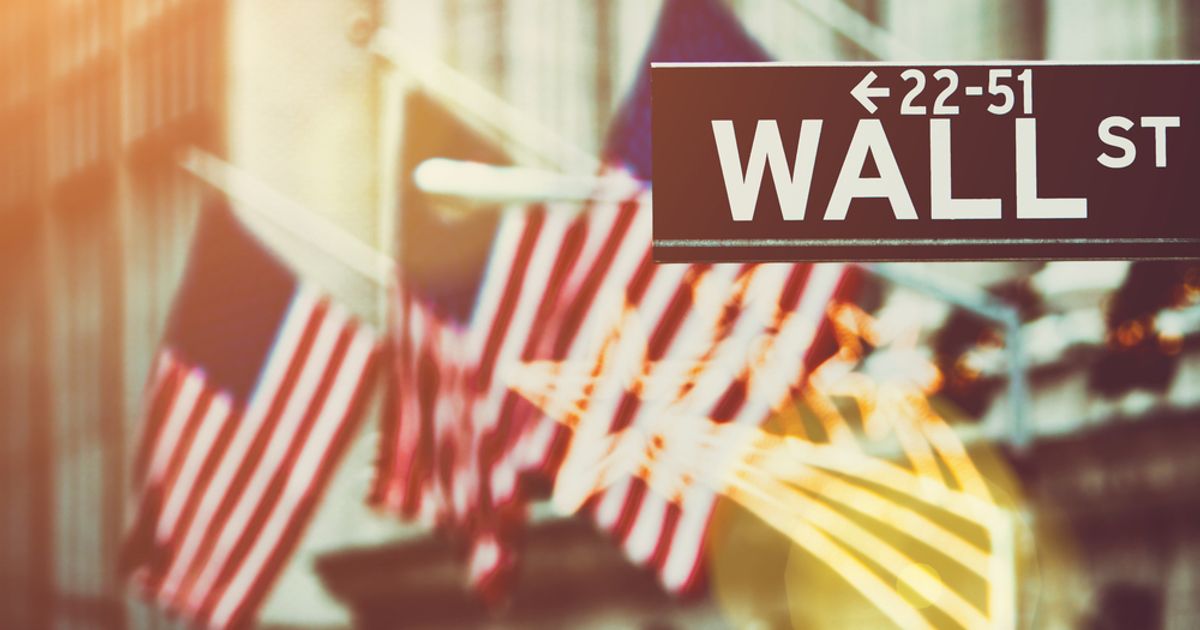 US markets endured mixed fortunes on Tuesday with the Dow tumbling close to 400 points, weighed by heavy falls in Goldman Sachs, while the Nasdaq posted a small gain.

It was very much a tale of two banks. Goldman was the big story, closing down 6.44%, after the bank reported its worst earnings miss in a decade for the fourth quarter.

Its results were pressured by declines in investment banking and asset management revenues.

Among the laggards is The Goldman Sachs Group Inc, shares of which are down more than 7% after the firm posted a bigger-than-expected profit decline of 69%.

“It looks as if Goldman Sachs’ quest to cut costs has further to go. Today’s earnings from the Wall Street titan provided the double blow of falling revenues and rising expenses. Perhaps the initial round of bank earnings were the red herring – investors will certainly be worried that companies in other sectors will replicate today’s miserable performance, putting pressure on the fragile rally in US stocks.”

9.35am: Big bank earnings in focus

US stocks slipped at the open on Tuesday as investors returning from the long weekend digested a sharp drop in China’s GDP and the latest corporate earnings.

The big banks were once again in focus, with Goldman Sachs and Morgan Stanley delivering their latest quarterly results before the bell.

Goldman Sachs shares fell about 2.3% at the open after the financial services giant posted a bigger-than-expected profit decline of 69%, while Morgan Stanley added about 4.7% after posting a decline in profit that came in below expectations on higher net interest income and a strong quarter for its wealth management business.

“A big focus will be on the outlook and the likelihood of a recession. At the World Economic Forum in Davos, a survey revealed that two-thirds of those questioned expect a global recession in 2023.”

Meanwhile, Tesla Inc shares gained 4.4% as data compiled by China Merchants Bank International showed its sales soared in China in January after the company slashed the price of its top-selling electric vehicle models earlier in the month.

Wall Street is expected to open lower on Tuesday as traders return from the extended weekend break with the corporate earnings season in full swing and as they also look ahead to tomorrow’s producer inflation release after last week’s more benign consumer price index data.

Futures for the Dow Jones Industrial Average fell 0.2% in pre-market trading, while those for the broader S&P 500 index fell 0.3%, and contracts for the Nasdaq-100 shed 0.4%.

“Last week’s inflation data may offer stocks something of a tailwind but given the extent of the collective provisions we have seen made by banks already against bad debts, there’s clear concern that a recession is coming,” commented James Hughes at Scope Markets. “Macroeconomic data today is limited but there is a speech by the president of the New York Fed later this evening. If this offers any clues over monetary policy then expect markets to react to this on Wednesday morning.”

Today’s earnings highlights include more banks, with Morgan Stanley (NYSE:MS) and Goldman Sachs (NYSE:GS) numbers due before the bell, while United Airlines will come after the market close.

“The banks may well dominate, but any guidance from the travel industry will again be welcome, specifically whether the current upbeat trajectory can be maintained,” Hughes added.

December’s producer price index (PPI) due Wednesday is expected to show a decline as lower gasoline prices help ease production costs. Consensus is for a moderation in the PPI to 6.8% from 7.4% in November.