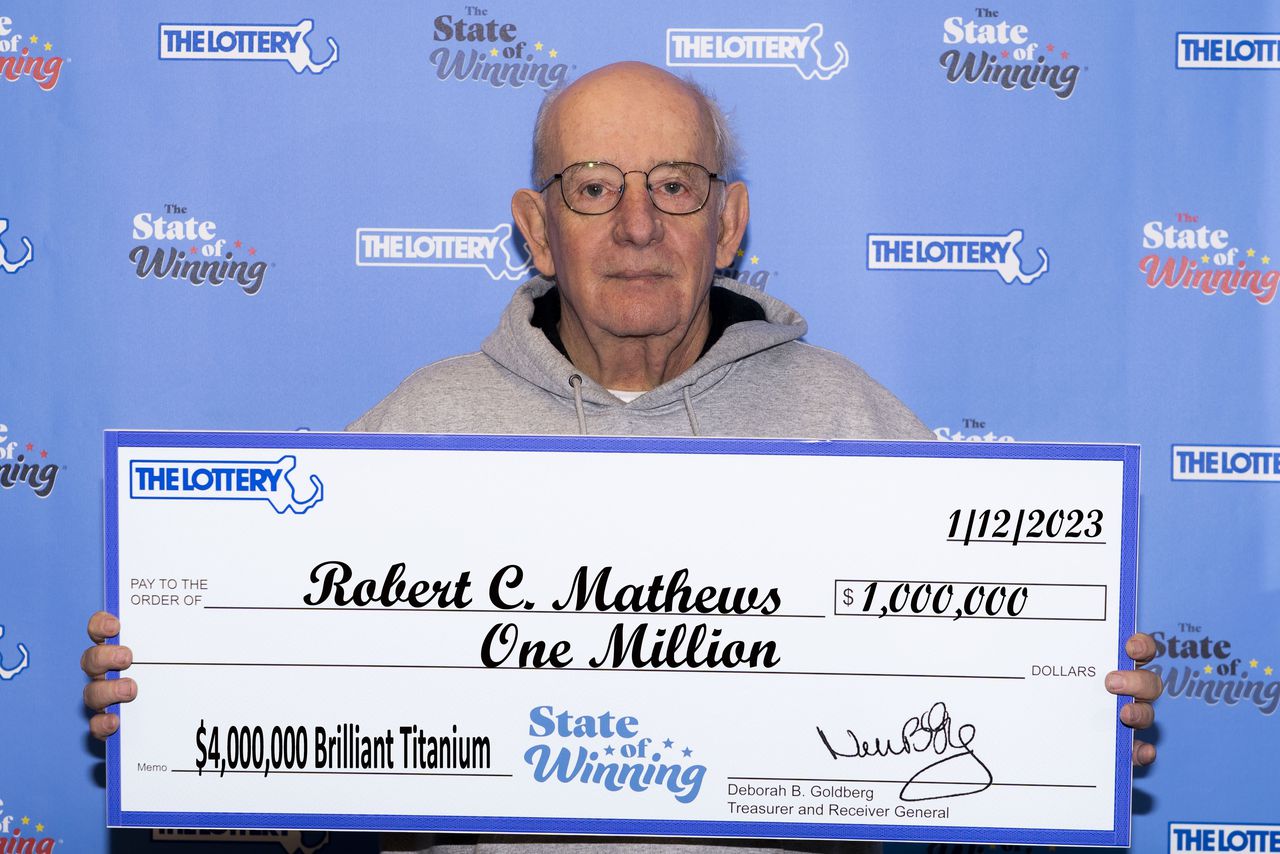 A $1 million lottery prize winner came forward to claim their cash on Jan. 12. But, they told the Massachusetts State Lottery, they don’t plan on spending it — at least not right away.

Robert Mathews of Blackstone won a $1 million prize on a scratch ticket called “$4,000,000 Brilliant Titanium,” which he purchased from Raynham Park in Raynham.

Mathews chose the cash option on his prize, and brought home $650,000 before taxes. The Blackstone man told the lottery he wants to invest his winnings.

The Raynham Park retailer will receive a $10,000 bonus for its sale of the ticket.

On the day Mathews claimed his $1 million, there was another $1 million prize claimed from S & S Food Mart on North Main Street in Palmer. That ticket was from the “50X The Money” scratch ticket game.

There were also three $100,000 prizes claimed on Jan. 12; two were scratch tickets, and one was from the Mass Cash drawing. One of the scratch tickets was purchased from Route 28 Lucky Mart in North Reading for the “Millions” game, and the other was a “$15,000,000 Money Maker” ticket bought in Peabody from Greg’s Lounge.

The $100,000 Mass Cash ticket was purchased from Joe’s Kwik Marts in Charlestown.