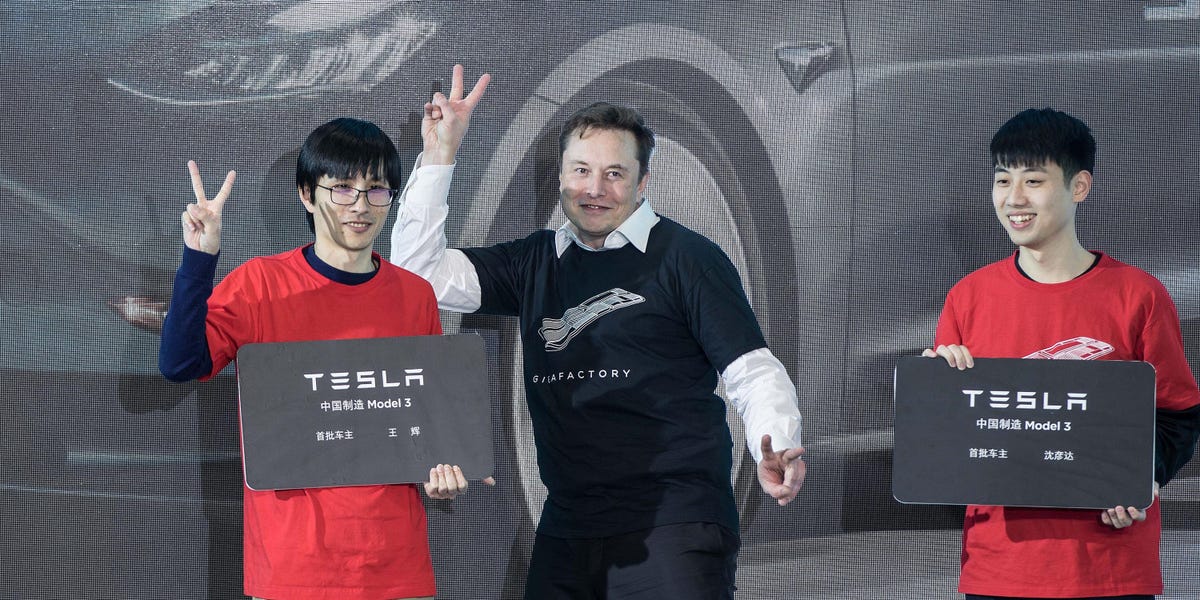 Tesla stock could rally 35% this year since its recent price cuts have already been a huge success in China, according to Wedbush’s Dan Ives.

Wedbush surveyed over 500 consumers in China who were expecting to buy an electric vehicle this year, and found that 76% of those surveyed said they were considering buying a Tesla, beating local competitors, like BYD (58.6%) and Nio (48.5%).

Plus, nearly 70% of those surveyed said they’ve been positively influenced to purchase a Tesla due to the recent price cuts.

Tesla has trimmed prices in China twice as the EV maker continues to face sluggish demand and lackluster sales. Wedbush’s survey was conducted shortly after prices were slashed for Tesla’s Model 3 SUV and Model Y in Europe and the US, a move that could increase sales by 53%, Bank of America said.

“Tesla’s recent price cuts [are a] huge success story so far,” Ives said in a note on Thursday. “China represents the core of the Tesla global growth story and it appears the price cuts have been very well-received by EV consumers and thus accelerated purchasing decisions.”

He reiterated his 12-month price target of $175 for Tesla stock, which implies a rally of 35% from current levels.

Last week, Ives said in a separate note that Tesla’s price cuts were a sign the company is getting more aggressive as competition heats up in electric vehicles.

“We believe all together these price cuts could spur demand/deliveries by 12%-15% globally in 2023 and shows Tesla and Musk are going on the ‘offensive’ to spur demand in a softening backdrop,” he wrote. “This is a clear shot across the bow at European automakers and US stalwarts (GM and Ford) that Tesla is not going to play nice in the sandbox with an EV price war now underway.”

Shares have risen 17% from the start of the year after plunging 65% in 2022 and seeing $800 billion in market valuation wiped away.

Those losses have been spurred by headwinds from rising inflation, a strong US dollar, as well as Elon Musk’s chaotic takeover of Twitter, analysts say, which have damaged Tesla’s brand.