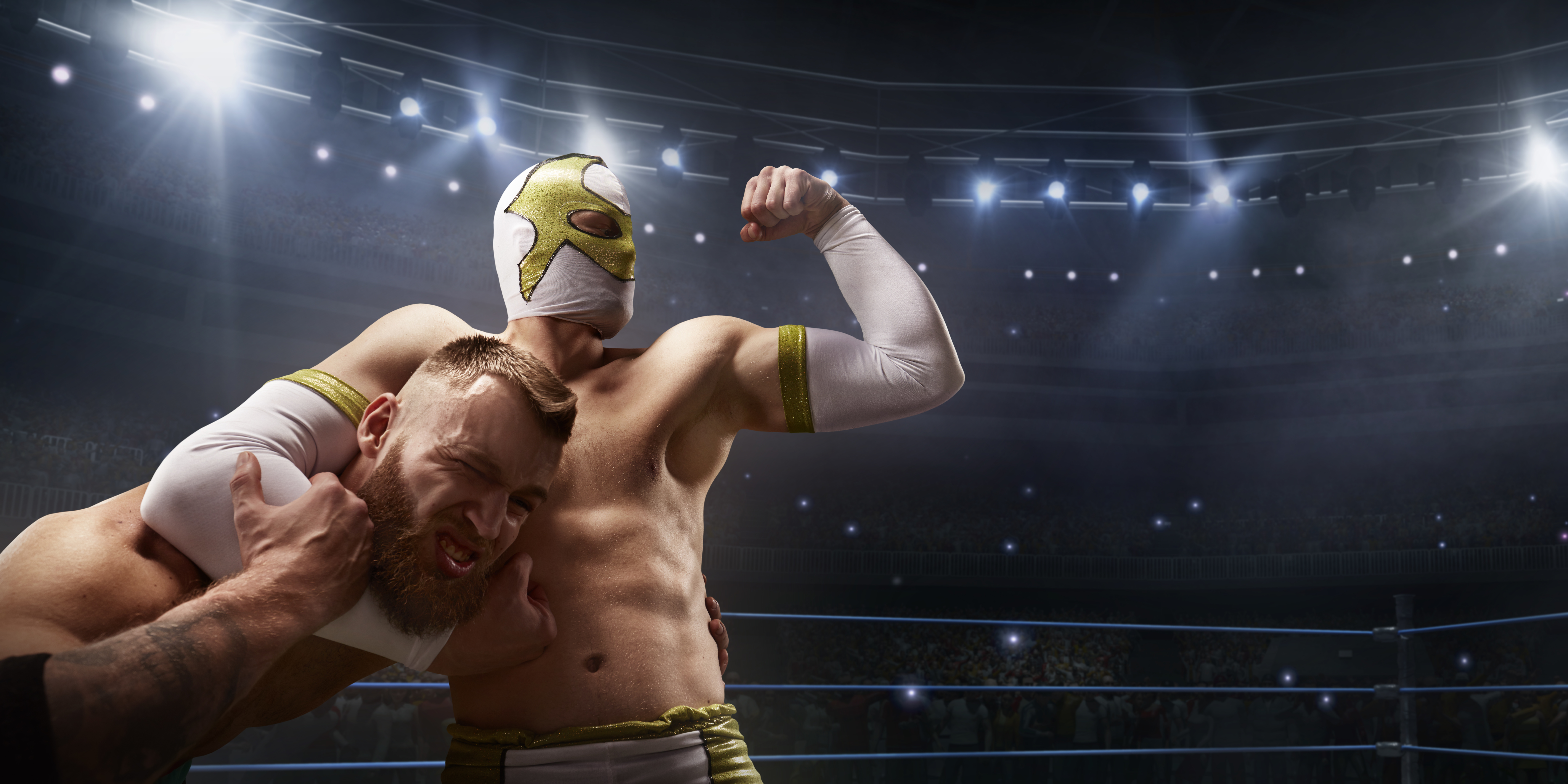 When a company gets acquired, it’s fairly common that its stock will pop because the acquiring company will pay a premium to sway shareholders’ approval.

It is rare when a company publically signals it is for sale, causing its stock to jump significantly on the news. This is the case for World Wrestling Entertainment (WWE -0.18%), with its stock up 31% over the past couple of weeks.

Investors looking for a quick buck may think it might be a good time to jump in, but there’s more than meets the eye. Here are two reasons investors should tread lightly with the largest professional wrestling company in the world.

1. The acquisition price may already be priced in

Unlike most of the market, WWE stock has had a meteoric rise over the past year, with a 70% increase. Part of its gain can be attributed to its recession-proof business model. That’s because WWE makes the majority of its revenue through licensing its television rights through lucrative deals with Comcast, Fox, and Disney.

These licensing deals for its properties that include NXT, Raw, Smackdown, and the WWE Network generate roughly 80% of the company’s total revenue. Most of those deals are set to expire in 2024, meaning new contracts are going to be made in mid-2023.

A partner like Fox, which will pay more than $1 billion over five years for Smackdown‘s licensing rights under its current deal, may look to save money in the long term by acquiring WWE outright.

To further amplify the acquisition rumors, the company recently announced it hired outside advisors to “support review of strategic alternatives.”

So the market is well aware that WWE has seemingly put itself up for sale. Before this news broke, WWE traded for around $70 per share, and now it trades for $90 per share. So, even if a company were to acquire WWE, the sale price may not be significantly higher than its current price.

One wrinkle that could hold up a WWE acquisition begins and ends with longtime CEO Vince McMahon. For the uninitiated, McMahon revolutionized the professional wrestling industry by transforming what was once regionalized promotions into a global enterprise.

But problems arose last year when the company discovered that McMahon made roughly $15 million in unrecorded payouts to multiple women for alleged sexual misconduct and $5 million to Donald Trump’s now-defunct foundation. As a result, McMahon resigned last July and could be under investigation by the SEC for those unrecorded payments. McMahon did agree to pay WWE back for those payments.

The 77-year-old McMahon stayed away from the wrestling business for all of six months, eventually rejoining WWE over the past month to become executive chairman of the board with 81% voting power, and shaking up the company’s board of directors in the process.

With a uniquely high voting percentage, McMahon will have the final say in the company getting acquired or staying a stand-alone company. His actions to hire outside firms and a possible desire to avoid SEC scrutiny point to a potential sale.

However, McMahon will need to find a company willing to do business with him and, if he desires, allow him to remain a top executive with the company that he’s been the leading force behind for 40-plus years.

Current partners with a more family-friendly image, like Comcast, Disney, and Fox, may be more hesitant to acquire WWE if McMahon stipulates that he maintains control. Other likely suitors such as the Saudi Arabia Public Investment Fund (which pays WWE roughly $100 million per year for two events) and Endeavor (owner of mixed martial arts company UFC) may be more willing to keep McMahon on to run the company that now has a market cap of $6.6 billion.

Even before rumors of the WWE acquisition arose, the stock had a long history of outperforming the S&P 500. Still, based on the market pricing in the premium for the likely acquisition and McMahon’s controversial past, WWE is a riskier buy than appears on the surface.

Look for definitive news on a possible acquisition within the next six months, but until then, current investors should grab on to the ropes and hold on for dear life.