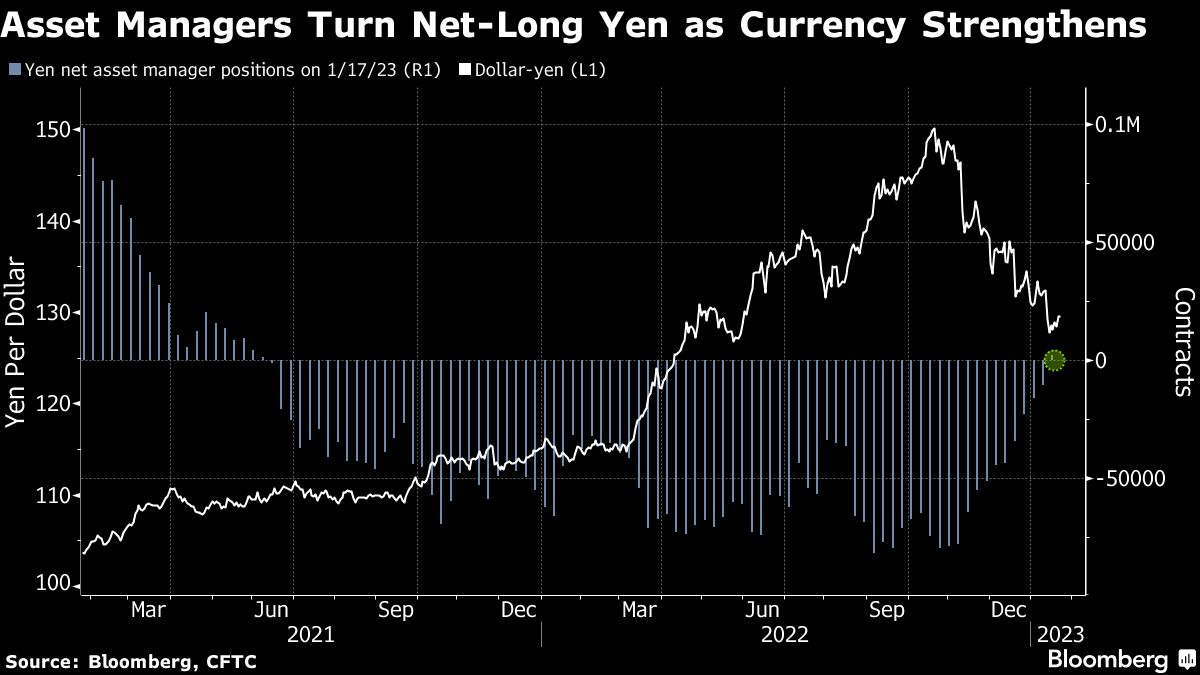 (Bloomberg) — Institutional investors have turned bullish on the yen for the first time since June 2021 as speculation mounts over the future of the Bank of Japan’s ultra-easy monetary policy.

Most Read from Bloomberg

Net asset manager positions in the Japanese currency flipped into positive territory in the week to Jan. 17, according to the latest data from the Commodity Futures Trading Commission. That came just before the BOJ’s latest policy meeting, where it pushed back against bets of imminent change by sticking to its stimulus framework.

Dollar-yen will remain under pressure from speculation the BOJ will soon exit its ultra-easy monetary policy as “sustained high inflation will make the case for policy tightening,” Commonwealth Bank of Australia economists and strategists led by Joseph Capurso wrote in a note to clients. Japan’s inflation hit 4% for the first time in more than four decades in December.

The yen has strengthened over 17% against the dollar since sliding to a three-decade low in October as traders bet the Federal Reserve is nearing the end of its tightening cycle, while the BOJ is about to begin its own.

Most Read from Bloomberg Businessweek