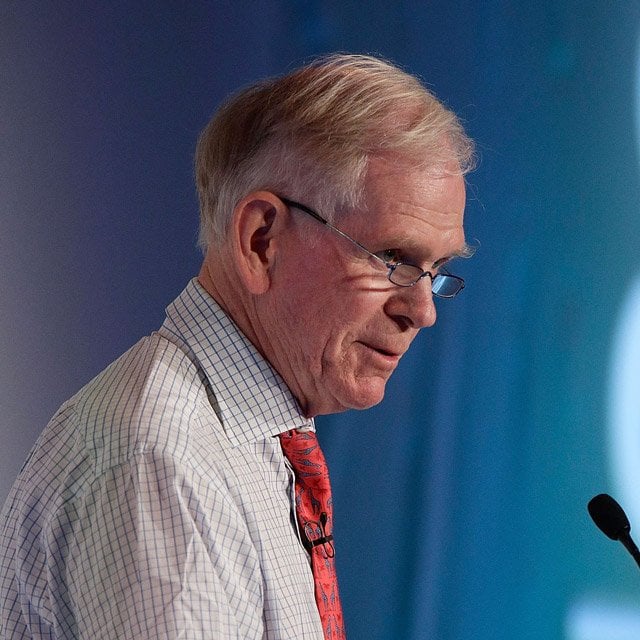 The popping of the bubble in U.S. stocks is far from over and investors shouldn’t get too excited about a strong start to the year for the market, warns Jeremy Grantham, the co-founder and long-term investment strategist of GMO.

In fact, the 84-year-old money manager calculated that the value of the S&P 500 at the end of the year should be about 3,200, he says in a paper out Tuesday. That would equal an almost 17% full-year drop and a 20% decline for the year from current levels. Grantham believes the index is likely to spend some time below that level during 2023, including around 3,000.

“The range of problems is greater than it usually is — maybe as great as I’ve ever seen,” Grantham said in an interview from Boston.

“There are more things that can go wrong than there are that can go right,” he added. “There’s a definite chance that things could go wrong and that we could have basically the system start to go completely wrong on a global basis.”

Grantham, who has long been one of Wall Street’s most well-known bears, also doesn’t discount the idea that the benchmark index could fall to around 2,000, which he says would be a “brutal decline.”

Value strategies struggled with lackluster returns in the decade following the global financial crisis as growth stocks led the longest bull market in U.S. stocks on record. But now, as the Federal Reserve tries to tame elevated inflation with aggressive interest-rate increases, value strategies are enjoying a revival.

The GMO Equity Dislocation Strategy, which is long value equities and short those the company sees as being valued at “implausible growth expectations,” had gained nearly 15% last year through November.

Value has worked “quite a lot better” over the past year and has outperformed growth during that stretch. Before that, growth had a solid 10-year run, though value had been outperforming in the decades prior to that, Grantham said.