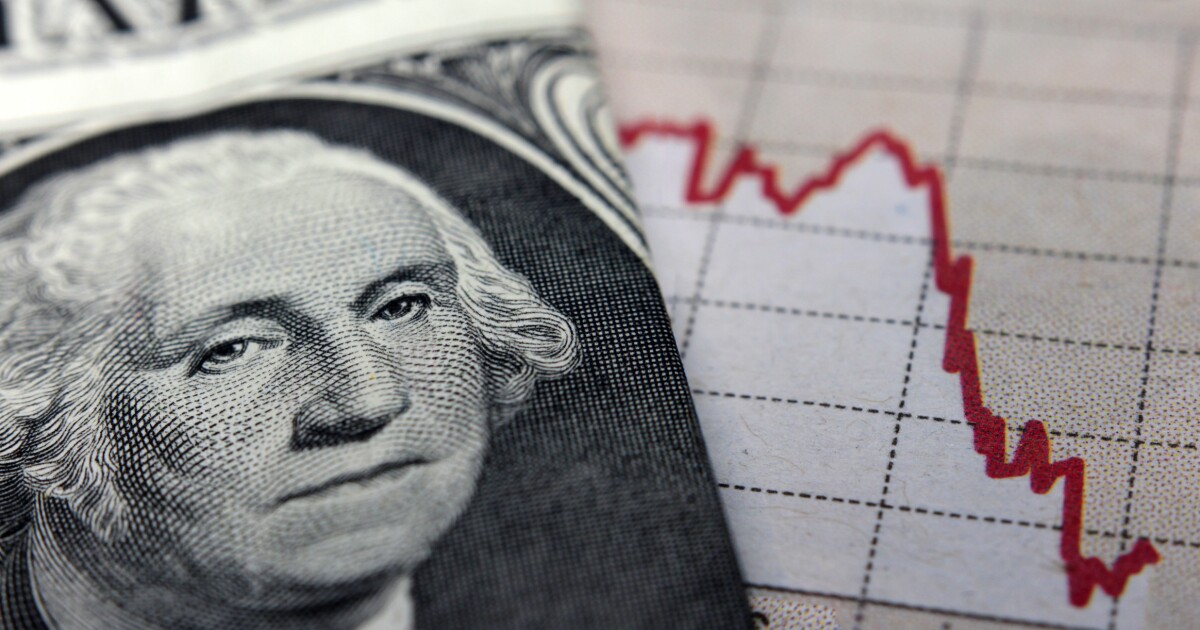 In the last two years, five states have abolished politically motivated ESG investing from state-operated pensions, and
almost half of states have raised antitrust concerns
that BlackRock and other ESG-focused investing firms may be abusing taxpayer dollars.

ESG activists are now claiming these commonsense protections for retirees could increase costs. But the real cost of buying into the ESG sham could be devastating.

The ESG movement bullies companies to go woke or go broke — threatening responsible businesses in all industries for not kowtowing to the progressive climate, gender, and racial narratives, with lost funding and public condemnation as punishment. It’s based on the pipe dream that cutting off capital to fossil fuels will transfer more money into wind and solar energy companies and magically make renewable energy reliable — as if the
hundreds of billions in subsidies
so far just weren’t quite enough to make the wind blow and the sun shine when we need them to.

But ESG’s latest performance in the stock market is causing even green investors to question their decision. While every sector of the stock market is sluggish, ESG funds have
underperformed the market by a shocking 15%
, a major blow to the green agenda. Meanwhile, BlackRock, the world’s largest wealth manager and one of ESG’s most bombastic mouthpieces, is
laying off 500 employees
. State treasurers have divested over $4 billion out of concern for their state investments’ financial security.

Renewable activists are quick to claim that ESG funds perform just as well as politically neutral investments, but the data so far say otherwise. One study shows that the cost of complying with ESG regulations was significant enough to
prevent universities from reaching their investment goals
.

It’s difficult to argue with a straight face, especially in our current economic climate, that hardworking people — especially our first responders, teachers, and public servants — will just have to sacrifice their retirement investments in the name of political correctness.

Prioritizing social agendas over fiduciary duty means retirees will have less money to live on — but the long-term consequences are even worse. Energy producers are having a harder and
harder time accessing capital
because banks, feeling woke corporate pressure, aren’t willing to face the public backlash for funding fossil fuels. But natural gas, oil, and coal provide
80% of our electricity
. Wind and solar provide just 4%
when they work at all
. And fossil fuels are also essential to creating the seas of turbines and solar panels that renewable activists dream of. Cutting off funding to fossil fuels is at best nonsensical, at worst dangerous.

We couldn’t work, educate our children, cook meals, maintain our homes, or keep our critical public safety and healthcare infrastructure working without energy. The carnage caused by recent blackouts shows exactly how important energy is to our lives.

In Venezuela, a weeklong blackout caused over 40 deaths and
forced hospitals to turn away patients
, even pregnant women in labor, with scavenging and rioting for food and clean water described as “
a return to the Middle Ages
.”

In Texas, an 11-year-old boy froze to death in his bed when his family lost power in a record-breaking winter storm.

In Europe, rising energy prices are forcing fixed-income seniors to forgo food or medicine to keep their homes warm in the winter. Those who make the opposite choice and endure the cold are at just as much risk, with
preventable wintertime deaths on the rise
.

It’s not politically correct to love fossil fuels. But if you enjoy modern healthcare, a comfortable home, nourishing food, transportation, education, online banking, and easy access to goods and services, not to mention luxuries such as TikTok and two-day shipping, you have affordable, reliable energy from fossil fuels to thank.

Sadly, ESG’s tightening stranglehold on our financial system isn’t just a philosophical problem about investing. It threatens the energy industry we all rely on, whether we admit it or not, to survive.

So when the Wharton School, with its “ESG Initiative,” releases a paper claiming Texas “could” pay higher interest fees due to an anti-ESG bill signed into law in 2021, a policy I drafted, it doesn’t take into consideration the effect of companies such as BlackRock forcing Texas to bend the knee to ESG. Giving taxpayer dollars to pension fund managers working against the best interest of Texas would have a crushing economic impact. The oil and gas industry, which employs over 40,000 people in Texas alone, represents one-third or more of the state’s economy and generates nearly $43 million in revenue to state and local governments each and every day.

Wharton’s founder, Joseph Wharton, spoke of “harnessing the power of business to ‘solve the social problems incident to our civilization.’” But I doubt Wharton, a mining and steel businessman, would appreciate his name being used to decimate these critical industries — or that China, which couldn’t care less about ESG squabbles, is now the global world leader in steel production.

It’s time for Wall Street to do the right thing, give up the ESG charade, and prioritize financial returns instead of political posturing.

CLICK HERE TO READ MORE FROM THE WASHINGTON EXAMINER

Jason Isaac is director of Life: Powered, a national initiative of the Texas Public Policy Foundation.