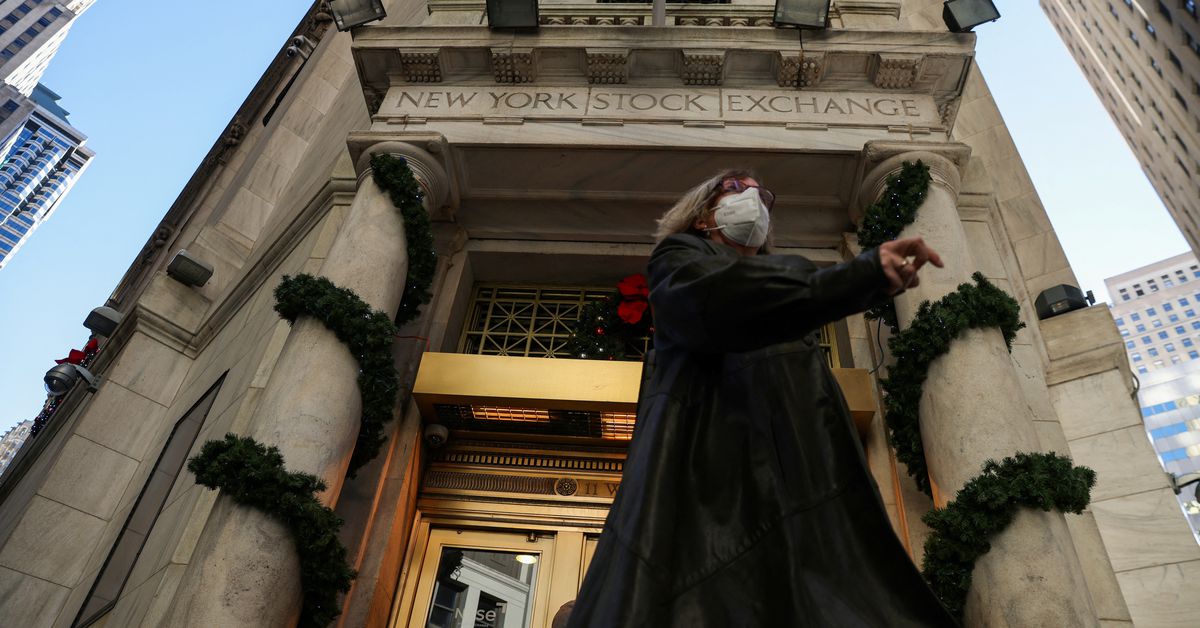 NEW YORK, Jan 24 (Reuters) – The New York Stock Exchange (NYSE) suffered a technical problem at the opening of trading on Tuesday that caused more than 80 stocks to be halted for several minutes, creating confusion among traders about which orders were filled and where stocks were trading, and harking back to the “flash crash” of 2010.

On May 6, 2010 when equities were recovering from the financial crisis and in the early stages of what would become a near-eleven year bull market, the Dow Jones Industrial Average (.DJI) fell almost 700 points in mere minutes, briefly erasing an estimated $1 trillion in market capitalization.

This led some market participants to voice complaints that increasingly automated trading posed a systemic risk. Others saw such a shocking market tumble as an outlier, and the cost of progress, that just needed additional guardrails in order to avoid a repeat. Nevertheless, it drew comparisons to the October 1987 Wall Street collapse.

WHAT WAS THE RESPONSE TO THE 1987 CRASH?

After the “Black Monday” crash in 1987, the U.S. Securities and Exchange Commission (SEC) mandated the creation of market-wide “circuit breakers” that required a temporary halt to trading for every 10% decline in the Dow, in what can be seen as a precursor to later rules. In 2012, the benchmark index for the circuit breakers changed to the S&P 500 (.SPX) and the percentage levels needed to trigger the trading halt were lowered.

Unlike the Black Monday crash, the ‘flash crash’, was largely seen as something that could have been prevented with more intervention and the SEC quickly responded with some small fixes, along with a promise to investigate concerns about the increasingly complicated and fragmented stock market. In addition, a special committee of experts made recommendations on how to prevent another crash.

One of the measures adopted in 2011 was for single-stock circuit breakers, a 5-minute trading halt in any stock or exchange-traded fund (ETF) that moved more than 10% in less than 5 minutes. That rule was replaced in 2012 by the “Limit-Up Limit-Down” regulation, which pauses trading in a stock if it trades outside of a specific range based on a rolling price.

Meanwhile in 2014, the SEC adopted a set of rules called regulation system compliance and integrity (Reg SCI) to hold exchanges accountable for such interruptions to trading.

The bands “Limit Up Limit Down” were adjusted after a trading session in August 2015 that saw more than 1,250 trading halts in 455 individual stocks and ETFs.

HAVE THERE BEEN OTHER GLITCHES SINCE 2010?

There have been instances, of varying severity, since the 2010 crash where trading was unable to take place. A memorable interruption was the delayed debut of Meta Platforms (META.O), what was then Facebook, in its initial public offering. Others included a three-hour trading halt on Aug. 22, 2013 and the Aug 2015 session that saw trading halted for nearly four hours. The Chicago Board Options Exchange (CBOE.Z) saw two outages within a week in 2013. But until Tuesday’s technical problem, major outages have been largely contained in recent years. Notable exceptions affected individual investors more than large institutions, such as the 2020 glitches that affected trading on retail brokerages Robinhood Markets (HOOD.O) and Interactive Brokers Group (IBKR.O).

The NYSE said a “system issue” prevented Tuesday’s opening auctions in a subset of 251 stocks, causing them to begin trading without an opening price, resulting in a host of trades the exchange later “busted”, exchange terminology for nullified. Investors and traders that suffered losses can file a claim for reimbursement under the NYSE’s “Rule 18” although it was unclear how any monetary settlement would be determined. In addition, the SEC staff was still reviewing activity related to the trade halts, according to an agency spokesperson.