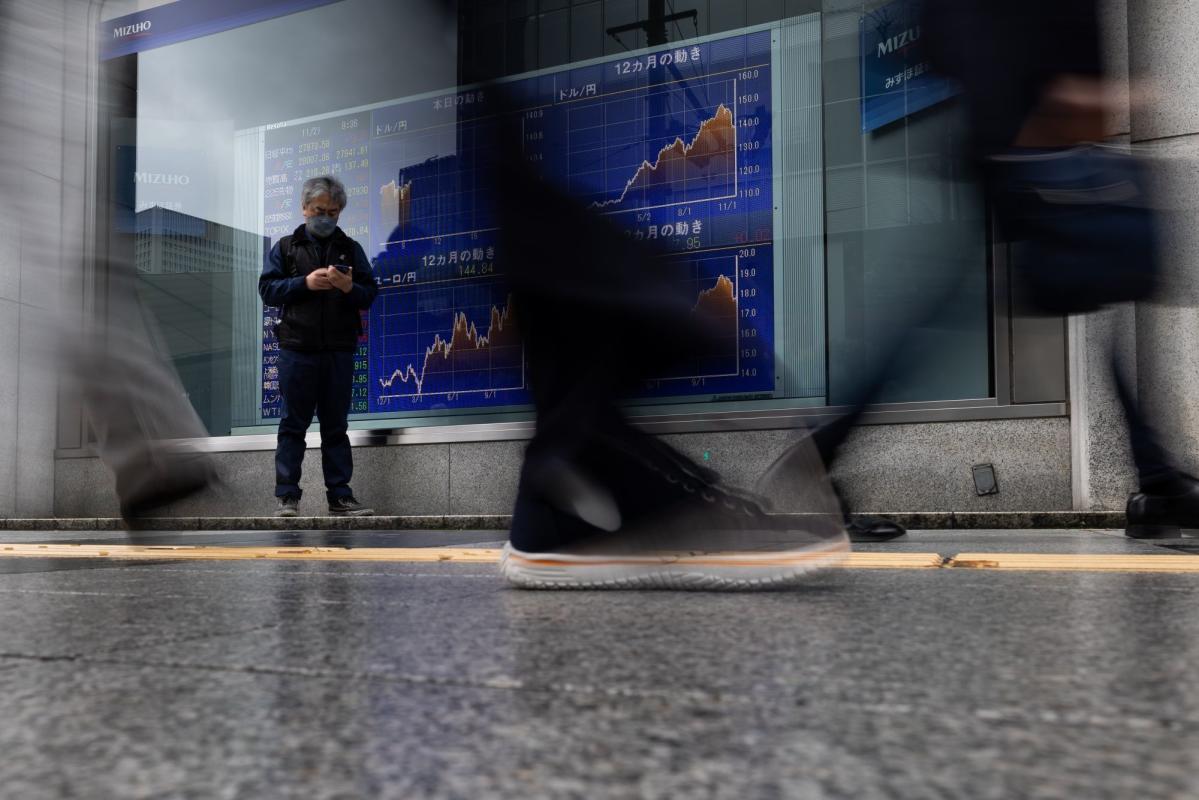 (Bloomberg) — Wall Street saw some buyer fatigue after a solid equity rally, with investors scouring a batch of earnings for clues on the outlook for Corporate America amid mounting fears about a recession.

Most Read from Bloomberg

After the closing bell, a $151.5 billion exchange-traded fund tracking the Nasdaq 100 (QQQ) climbed as Microsoft Corp.’s profit beat estimates. The results spurred a surge in cloud-computing shares like MongoDB Inc., Datadog Inc. and Snowflake Inc. Texas Instruments Inc., one of the world’s largest chipmakers, suffered its first sales decline since 2020 and gave a tepid forecast.

In the run-up to the tech earnings season, the S&P 500 drifted sideways as traders weighed numbers from a few other bellwethers. The Dow Jones Transportation Average slid on disappointing results from Union Pacific Corp. 3M Co., the maker of Post-it notes, forecast profit that trailed estimates and said it plans to cut jobs. Homebuilder D.R. Horton Inc. beat projections.

A combination of mixed earnings and economic data is making investors hesitant to take on more risk particularly after an equity surge that drove the US equity benchmark up more than 10% from its October low. American business activity contracted for a seventh month, though at a more moderate pace, while a measure of input prices firmed in a sign of lingering inflationary pressures.

“You have to ask: Have investors taken stocks to levels that can’t be supported by what we are about to hear?” wrote Kenny Polcari, senior market strategist at Slatestone Wealth.

The popping of the bubble in US stocks is far from over and investors shouldn’t get too excited about a strong start to the year for the market, warns Jeremy Grantham, the co-founder and long-term investment strategist of GMO.

“The range of problems is greater than it usually is — maybe as great as I’ve ever seen,” Grantham added.

A strong start to the year for US tech stocks is facing a pair of technical roadblocks.

The recent Nasdaq 100 rally has left the gauge just below the 23.6% Fibonacci retracement of its 2021 record high and September low. That level acted as resistance three different times late last year, with rallies fading just above it each time. Even if it does manage a successful break, it will then face a test of its 200-day moving average, a line it hasn’t traded above in nearly a year.

The New York Stock Exchange said some trades will be declared “null and void” after a glitch caused hundreds of securities to commence trading on Tuesday without an opening auction price.

The exchange said transactions in a swath of stocks will be reviewed as “clearly erroneous” under NYSE rules. That applies to trades in certain securities that did not conduct an opening auction, that occurred after the 9:30 a.m. bell but before certain pricing thresholds were set, and that were executed further from the reference price.

Now with the Federal Reserve’s Feb. 1 rate decision about a week away, traders in the options market are contemplating a scenario in which the rate hike it’s expected to deliver ends up being the last one of the tightening cycle.

The swap market is pricing around 48 basis points of rate increases over the next two policy meetings. That implies a small chance — approximately 8% — that if the Fed raises its benchmark rate by a quarter point next week, it could be the central bank’s final move in a tightening cycle that has marked the most aggressive action against inflation in several decades.

“It’s almost like people are trying to project forward toward the end the Fed tightening policy and trying to find a bottom here and a new bull-market rally,” said Jerry Braakman, chief investment officer of First American Trust. “But that’s in light of deteriorating economic statistics and I think that’s a little premature.”

Some of the main moves in markets:

This story was produced with the assistance of Bloomberg Automation.

Most Read from Bloomberg Businessweek