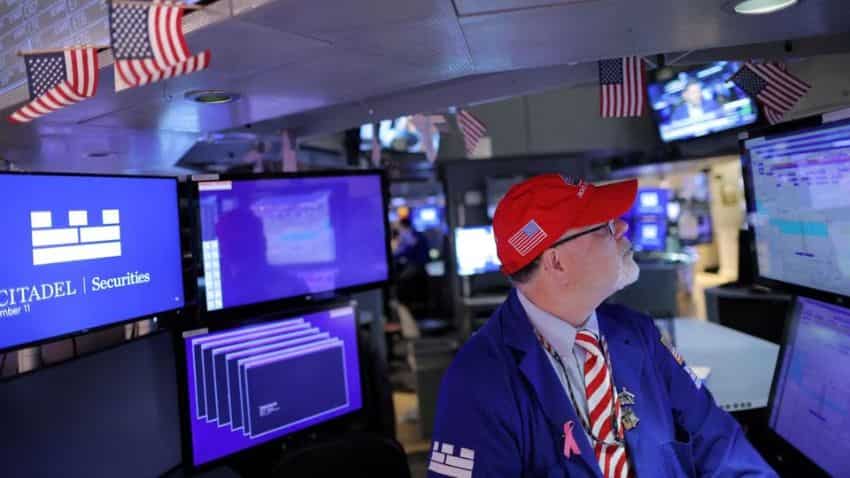 US Stock Market Today: U.S. stock indexes closed mixed and the dollar slid a bit on Tuesday after companies warned of a tough year ahead along with some profit beats, while data showed U.S. business activity contracted for a troubling seventh straight month in January.

Real GDP growth is likely to turn negative in the first half of 2023, said Bill Adams, chief economist for Comerica Bank in Dallas, in a note.

“The economy still might dodge a recession,” he wrote. “But the many financial and economic indicators economists use to forecast business-cycle turning points suggest that a recession is more likely near term.”

After the market closed, Microsoft Corp (MSFT.O) posted better-than-expected quarterly profit as a revenue jump at its cloud services unit helped offset a slump in the personal computer market, sending its shares 4% higher in after-hours trade.

“What really is going to define whether the Nasdaq is going to continue to do well this year is how the earnings outlook looks, with Microsoft starting today,” said King Lip, chief investment strategist at BakerAvenue Wealth Management in San Francisco.

Up to Monday the Nasdaq had gained almost 10% this year due to declining interest rates and a rebound after significant declines last year, Lip said.

Earlier in Europe, S&P Global data for the euro zone reinforced expectations the European Central Bank (ECB) will raise rates by a further 50 basis points on Feb. 2, a day after the Fed is expected to have raised rates by 25 basis points.

Euro zone business activity made a surprise return to growth in January, according to the S&P Global survey – the latest sign that the downturn in the bloc may not be as deep as feared.

Overnight, Japan’s Nikkei (.N225) closed at a more than one-month high, recovering all its losses since the Bank of Japan’s surprise policy tweak last month. Many Asian markets remained closed for the Lunar New Year.

The euro was flat at $1.0885, holding near a nine-month high supported by expectations the ECB can continue to raise rates to curb inflation, without worrying too much about damaging growth.

Treasury yields were mostly lower in choppy trading as investors looked ahead to next week’s Fed policy meeting.

Crude oil prices slipped on concerns about a global economic slowdown and an expected build in U.S. oil inventories.

Gold prices pulled back from a nine-month high due to a slight uptick in the dollar and U.S. bond yields, though hopes of slower Fed rate hikes underpinned the market.